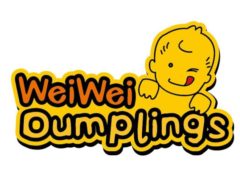 Triple + a Single (any three-of-a-kind + any card)

Full House (a Triple + a Double)

Run (like a Straight in Poker; any five cards in a row except Aces and 2s)

Triple Run (two or more Triples in a row; for example, three 4s and three 5s)

Bomb (four of a kind): this combination beats everything else except a Nuke.

Nuke (both Jokers): this combination beats everything else including the Bomb.

3. The dealer deals 17 cards to each player. The remaining three cards are set on the table. After step #4, they will be given to the landlord.

5. Based on the hand, each player will bid one, two, or three with one being for a low hand and three being for a good or high hand. Players also have the option to pass. The higher a player bids, the more likely he or she will be the landlord but the position also increases the risk of losing more money or the chance of winning more money. If a player passes, there is low risk. If everyone passes, then the cards are reshuffled and re-dealt.

6. To figure out who places a bid first, the dealer turns over a card and looks at the number. Then count off each player until the number is reached. The person it stops on gets to bid first. For example, if a four is face up, player one would bid first. The player with the highest bid is the landlord.

7. The landlord now takes the three extra cards on the table and turns them face up. These cards are considered part of the landlord’s hand even though the other players can see them.

8. The landlord goes first and places a combination of cards on the table.

9. Moving counter-clockwise, the next player can place a combination of cards on the table but they must be the same combination type and a greater value. Players can also pass (even if they can put down a combination, game strategy includes holding higher combinations for later). A round ends when two players in a row pass. The winner of the round is the person who placed the last combination down. The winner begins the next round.

Payout: The amount owed depends on the bid at the beginning of the game and who won, and if a Bomb and/or Nuke combination is put down.

Second, for every Bomb and Nuke combination that is placed on the table during the game, the score is doubled. For example, if one bomb and one nuke are played, then the point(s) earned from the auction are multiplied doubled twice, so if the landlord was the winner and awarded two points (for a bid of two), then the landlord’s payout is 2 x 2 x 2 which is 8 points.

In addition, if after the landlord places the first combination on the table and is unable to put down any more cards after each worker takes his or her initial turn, then the points are doubled.

Tips for Playing the Game